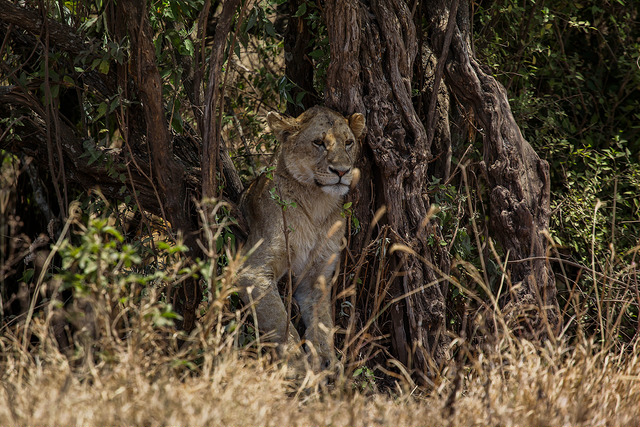 Ngorongoro Crater  Conservation Area is a volcanic crater formed millions of years ago near Arusha in Tanzania.  I visited after successfully summiting Mount Kilimanjaro. It has black rhinoceros, but I was not able to get close enough to get a good photo which was a shame given how critically endangered they are. 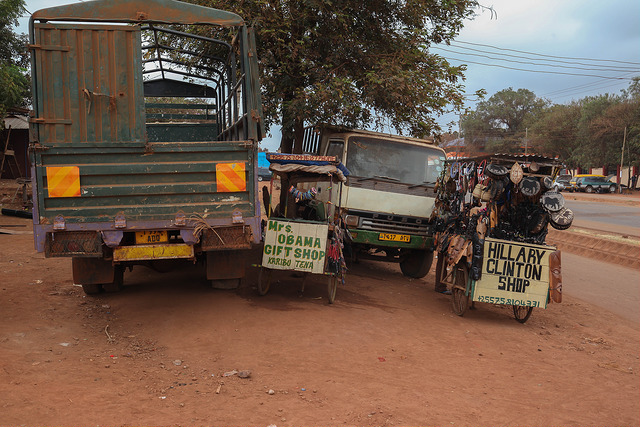 1:  On our way we stopped for some provisions.  The Hillary Clinton Shop was better stocked than the Mrs. Obama Gift Shop! 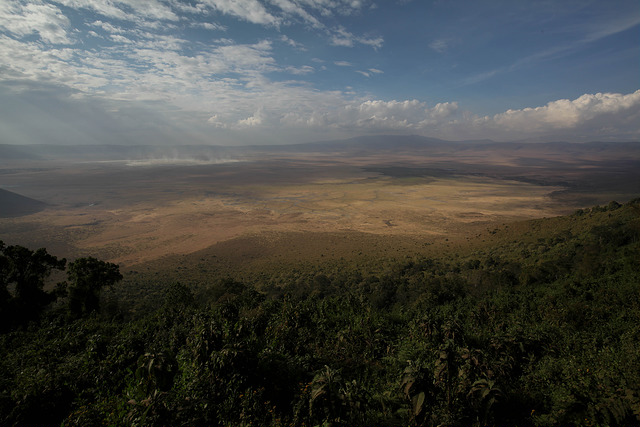 2:  We had a great vantage point of the entire crater from the road leading in.  You can see why it is the perfect place to have a nature preserve. 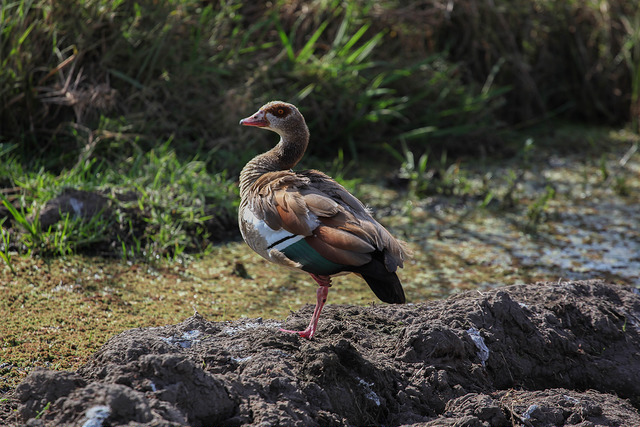 3:  This Egyptian goose looks more like a duck to me.  They were considered sacred by the ancient Egyptians. 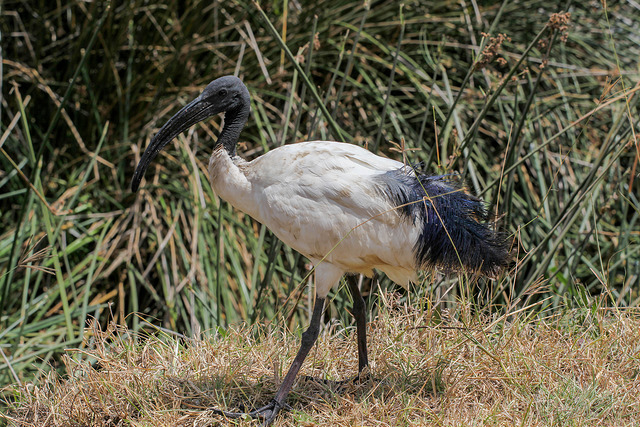 4:  Also revered in ancient Egypt, the Sacred Ibis was frequently mummified and placed into tombs as an offering to the god Thoth.  The site of these birds invoke thoughts of ancient Egyptian hieroglyphs. 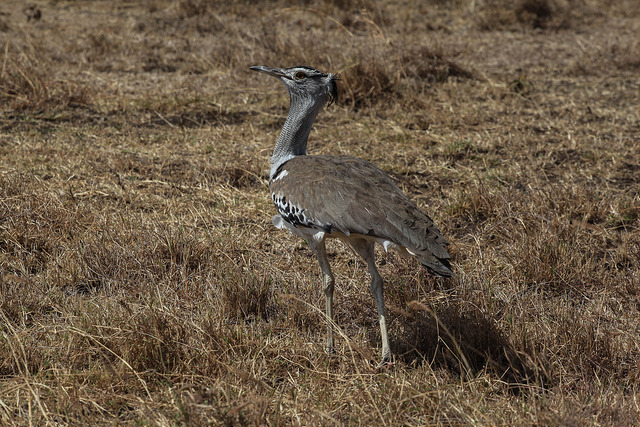 5:  The kori bustard is a strange looking bird and is also the largest flying bird in Africa.  The males will puff of the feathers around its neck to about the same width as his body in order to attract a mate. 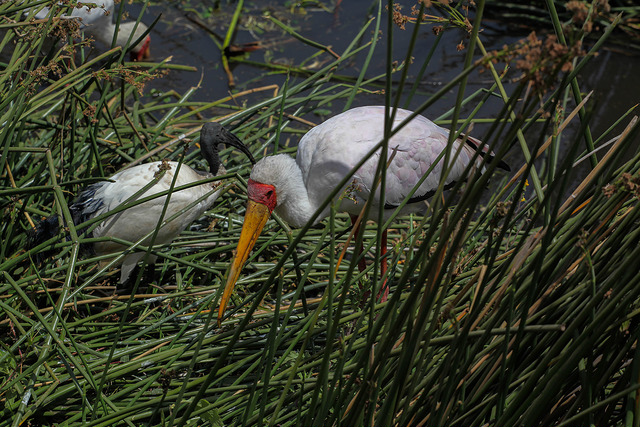 6:  Another sacred ibis (background), and a yellow billed stork (foreground).  The bright yellow beak and red face mask make this stork fascinating to look at. 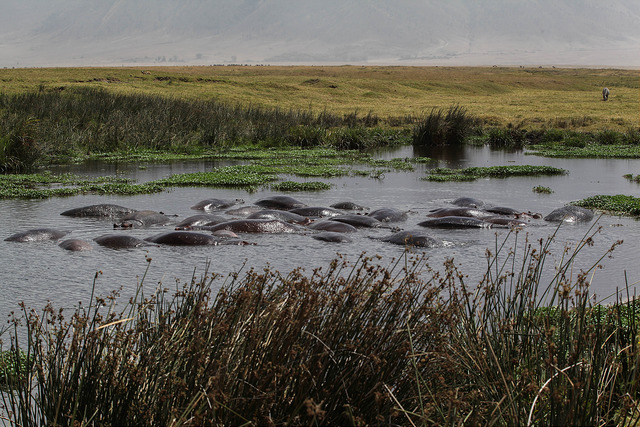 7:  This pond was bustling with hippos. 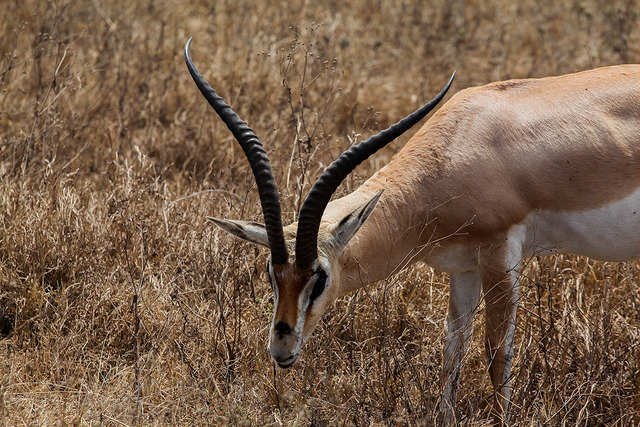 8:  Grant’s Gazelle has such a majestic face, and huge spiraling horns to match. 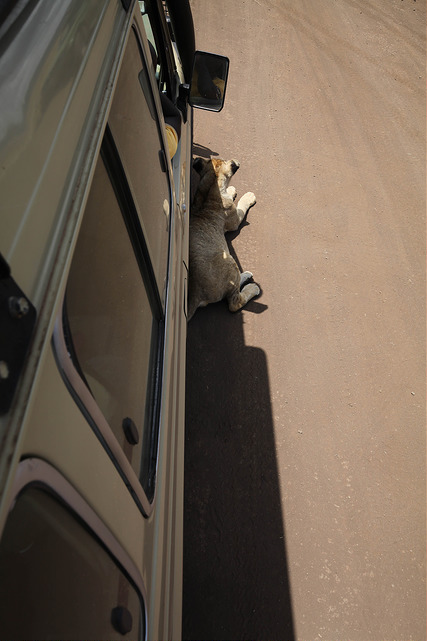 9:  While we were pulled over shooting photos of the lioness in the next photo, this one decided to take a break in the shade of our wheel well.

10:  This lady was modeling for us while her pride mate made her move to our jeep.

Thanks for viewing! It has been a lot of fun going through the thousands of photos I have taken on my travels and sharing them with you.