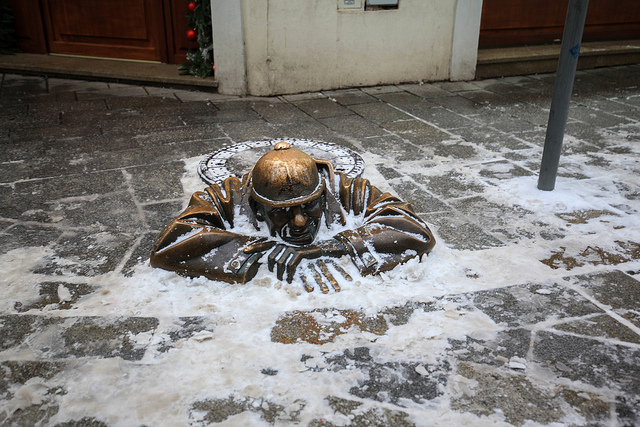 Bratislava is the capital of Slovakia. It was once part of the Habsburg empire, and later became part of Czechoslovakia during the Soviet era.  I decided to take a day trip there when I was transiting home for the holidays through Vienna. Bratislava is just an hour long trip by train from Vienna. The weather slowed me down drastically, but I did get a chance to experience a bit of the city.