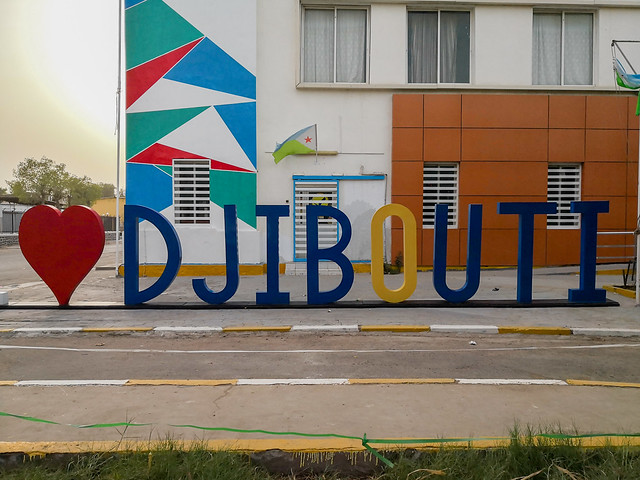 If you missed part 1, please refer to my previous blog post.  From the last post we are continuing outside of Menelik Square towards the east coast of the peninsula down the Blvd de la Republique.

Djibouti is surprisingly a safe city to live and visit.  It has miles of desert and volcanic wasteland between it and Eritrea, and the autonomous Somaliland region of Somalia is very close.  Between Somaliland and Mogadishu Somalia, is another autonomous region called Puntland.  Both of these autonomous regions are stable compared to neighboring Somalia, and its tumultuous capital, Mogadishu.  Finally to the west you have Ethiopia after miles of barren landscape.  The buffered location, along with the persistent presence of international armed forces, make Djibouti a relatively safe pocket to exist in.  I had no trouble walking around at night beyond my neighborhood out in the open.  Though I would still never tread beyond the well lit squares and main streets of downtown.