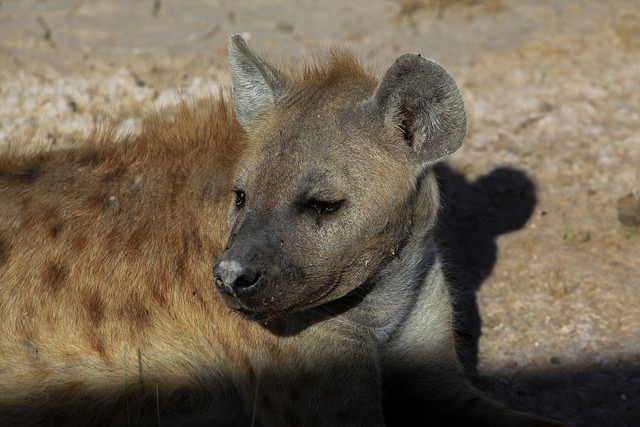 I visited Amboseli National Park in Kenya last year.  Normally Amboseli has a great view of Mt. Kilimanjaro in the distance, but the visibility was not good for this trip.

I had been on quite a few safaris and never saw a spotted hyena before.  Shortly after arriving I ‘spotted’ this guy just enjoying some sunshine. Believe it or not, hyenas are more closely related to cats than dogs.  They are nocturnal, so seeing them during the daytime is rare. 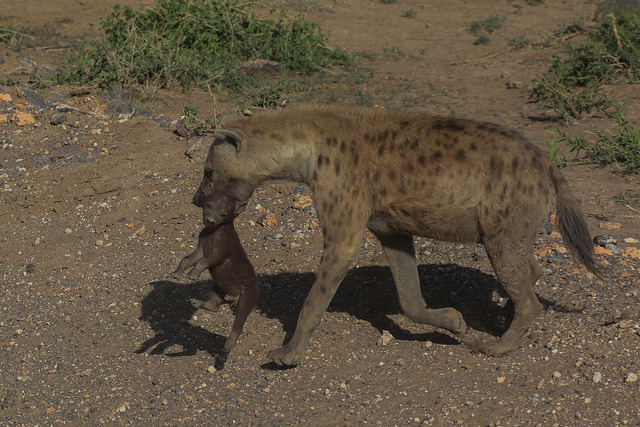 Within a couple of hours of seeing the first hyena, we came upon this mother carrying her cub.  We thought it was a kill at first. Hyenas have jaws powerful enough to snap a human femur, but can be gentle enough to carry a youngster. 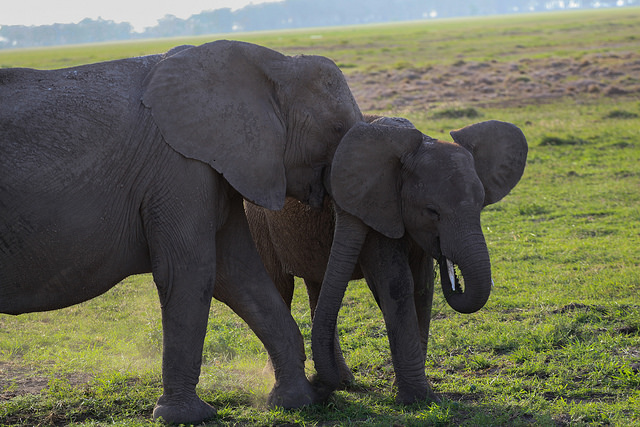 Elephants are very social animals.  Here I caught a tender moment between a mother and her calf. 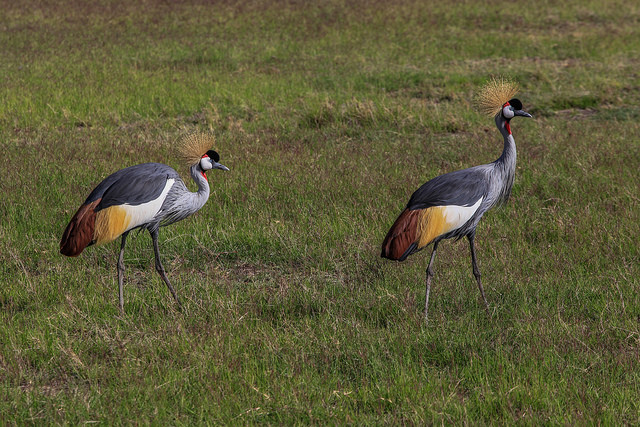 The grey crowned crane is by far my favorite bird in Africa.  It’s just so flamboyant and seems out of place. It is also the national bird of Uganda. 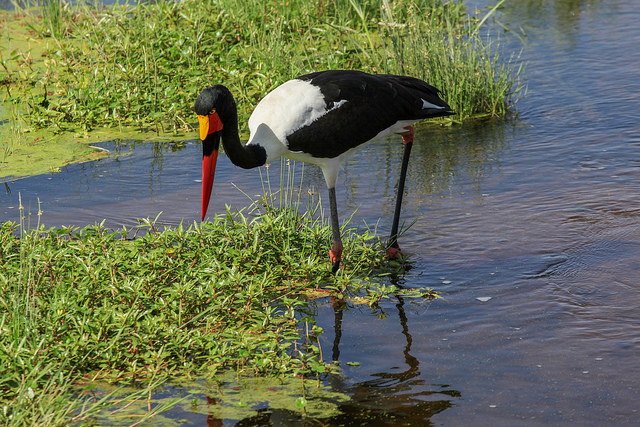 Another one of my favorites is the saddle-billed stork.  It has great contrast. 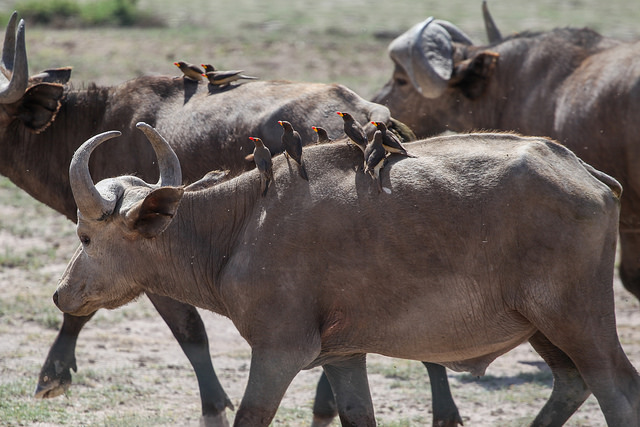 I like this photo because it shows the symbiotic relationship between species. These red-billed oxpeckers eat ticks, but at times can be a nuisance by pecking at wounds. 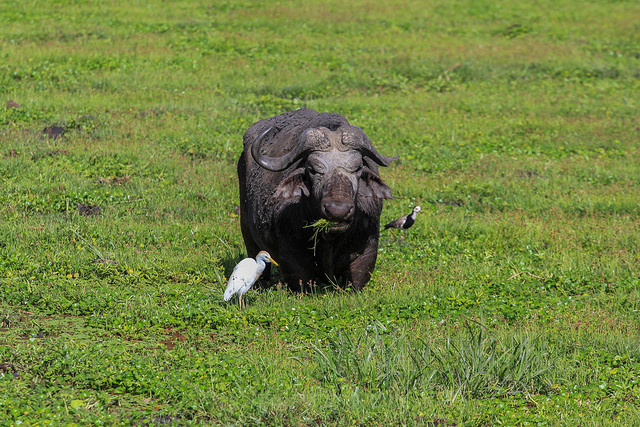 One thing you don’t really think about is the way various animals will tolerate the presence of others that aren’t considered a threat. 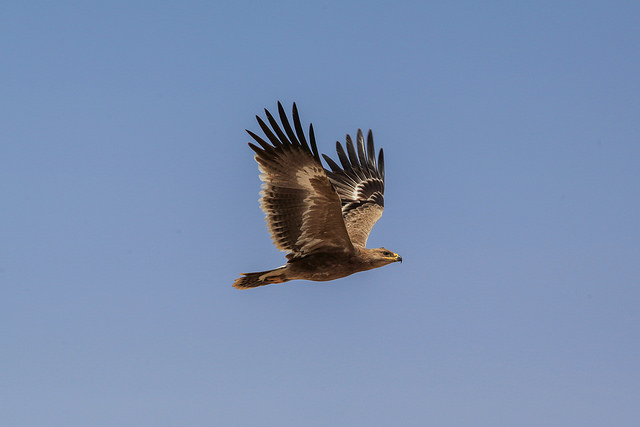 I caught this pic of the majestic tawny eagle in flight.  They feed on small animals like rodents. 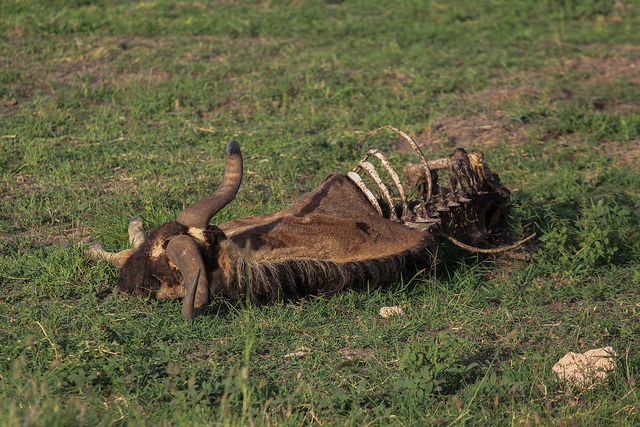 This photo is a reminder of the harsh realities of nature, even in the face of so much natural beauty. 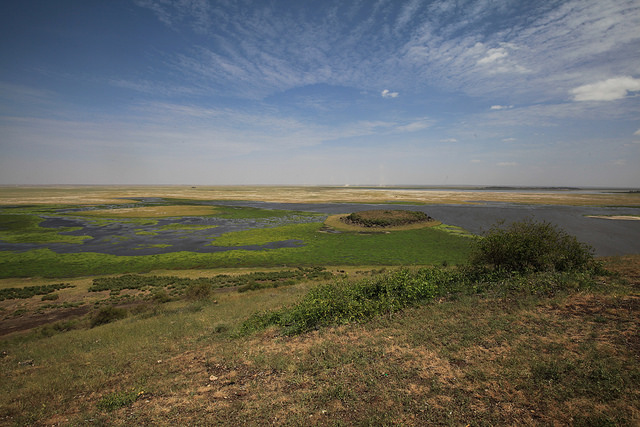 Here’s a bird’s eye view of the park. Definitely a beautiful day to behold nature.