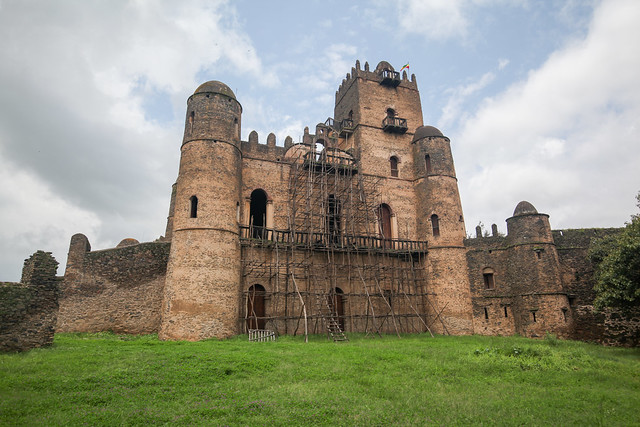 Fasil Ghebbi is a large royal compound located in the heart of Gondar City in Northern Ethiopia.  Gondar is a short domestic flight from the modern capital of Ethiopia, Addis Ababa.  It contains several buildings built over the course of the 16th-17th Century Solomonic dynasty.  Gondar was the capital of Ethiopia during this time, having been moved from Lalibela.

Many of the buildings are in ruin, but some of the major ones have been preserved and/or restored.  These buildings are a testament to the sophistication of the Ethiopian empire during this age.  Between this site and the rock-hewn churches in Lalibela, it’s difficult for me to decide which one I like more.  As far as richness in history is concerned, northern Ethiopia is ranked my second favorite to Giza, Egypt, among the locations in Africa I have visited.

Thanks for dropping by! In part 2 we will continue to explore Fasil Ghebbi and its historical buildings.  I hope that you enjoyed my travel photos and commentary, and will return for more travel content in the future.