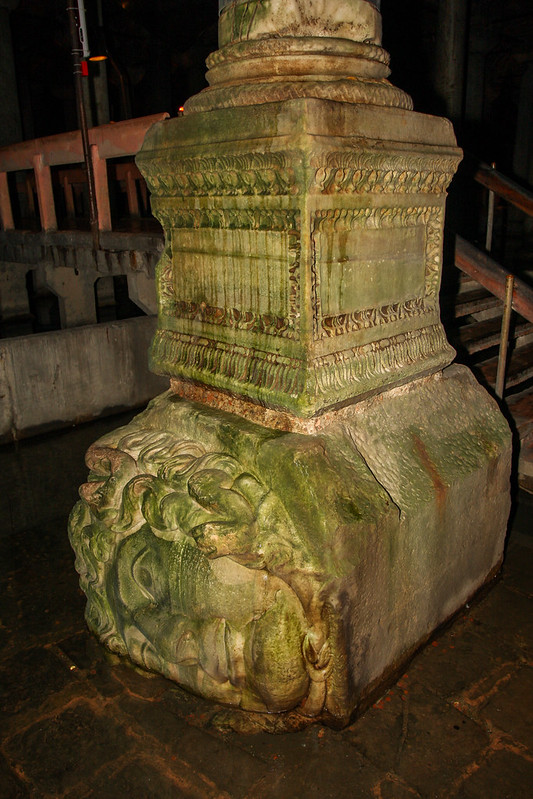 For this blog we travel back to the Eastern Roman Empire circa the 6th century AD.  The Basilica Cistern was constructed during the reign of  the Byzantium Emperor Justinianus I, who sought to restore the Roman Empire to its former glory.  Back then Istanbul was called Constantinople, for the famous Roman Emperor, Constantine the Great.

The location had prior been the home of a Basilica and large town square, which is how its current name is derived.  It is located right next to Hagia Sophia.  The cistern is 140 m long, and 70 m wide, and contains a total of 336 columns.  The cistern has seen many renovations and cleanings over the centuries, with the last renovation taking place in 1994.[src]

If you make it to Istanbul and love history and ancient architecture, I highly recommend visiting this site.