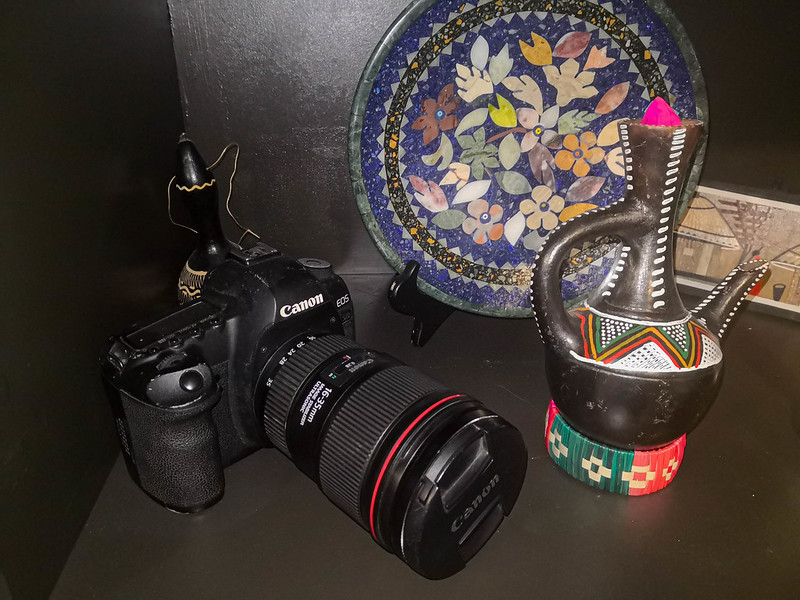 Photography is a hobby I particularly enjoy.  For me it’s less about achieving some sort of artistic vision, but more of a process of documenting my visual experiences.  I have a decent grasp of the technical fundamentals of photography, however besides really enjoy the process of composition, I’m otherwise very lazy and rely on Lightroom quite a bit for basic post-processing.  I’d really love at some point to have the time and energy to get more advanced with my hobby,  but I’ve gone this long…

Back in the old days when digital cameras were still garbage, I had a Nikon FM3a film camera.  I shot a lot of black and white, and even set up my own dark room at one point.  When digital quality actually started becoming acceptable, I bought a Canon 20D, followed by a 40D.  I often liked to shoot wide shots, so the crop factor of APS-C was so annoying.  Finally after spending a year in Afghanistan, I decided to buy a full frame Canon 5D Mark II to reward myself for spending a year in hell!  That camera was a leap forward with its full frame sensor, my wide angles actually got wide!

Ever since my Canon 5D Mark II bit the dust during a trip to Mombasa, Kenya, I’ve been jonesing for a new camera.  Right now my ol Marky II is a just a display piece. It’s DOA, and won’t even power on. I couldn’t bear to sell him as junk for parts, so here it sits on a shelf next to some swag from my travels.  After all, it’s been to dozens of places and captured them since I bought him around 2010. My previous cameras at least worked when I upgraded to new ones, so I could gift them to family members. No such luck in this case.

Until I discovered  blogging and decided to share my photos, they were all for my own enjoyment.  Altogether the shutter on my 5D fired about 40,000 times before that fateful rainstorm in Mombasa,  Kenya.  Though the 5D is weather sealed, both his age and the torrential downpour I was caught in, did him in.  The most important thing to me though, was the 500 shots I had taken in Mombasa were safe, which I could not confirm until I could get back to my laptop.

My 5D had quite the run.  It reached the summit of Mount Kilimanjaro.  It has been to about thirty countries on four continents.  It has been fallen on, dropped, scraped against rocks, rained and snowed on.

So a little while back I started seeking  input as to what platform I should look at adopting next.  There was of course the latest version of the 5D, the Mark IV, or I could go in a slightly different direction with a mirrorless camera like the EOS R.  I have quite a few Canon lenses, including some L Series, so it makes sense for me to continue on using a Canon camera body.  The EOS R, unlike the DLSR, it has no moving parts aside from this flip out screen, which I think is probably its weakest point.  Still, without the internal  machinery, it’s a bit lighter than the Mark IV, and also comes in at a few hundred dollars cheaper.  There are plenty of other trade-offs I won’t get into in this post, and there are still plenty of people who prefer using one over the other.

So this leads me to the mission.  I want to raise the $1800 US for the EOS R, and the $200 US for the mount adapter to fit my existing lenses to it.  Since I’ve got a kid on the way and a ton of other stuff  going on at the moment, I really can’t justify the expense, so I intend to raise the money blogging and tracking my progress.  This will give me a goal I can apply laser focus to, and being self-isolated for who knows how long, I will definitely have the spare time.   I’m hoping this will force me to write more.  We shall see!

From this point on, all my liquid rewards from blockchain and whatever extracurricular activities I can dream up will be applied to this goal.  Before too long, I’d like to be back shooting photos with something besides my cell phone.

Thanks for reading!  If you aren’t completely sold on mirrorless cameras like the EOS R, let me know in the comments.  There’s still plenty of time to change my mind.