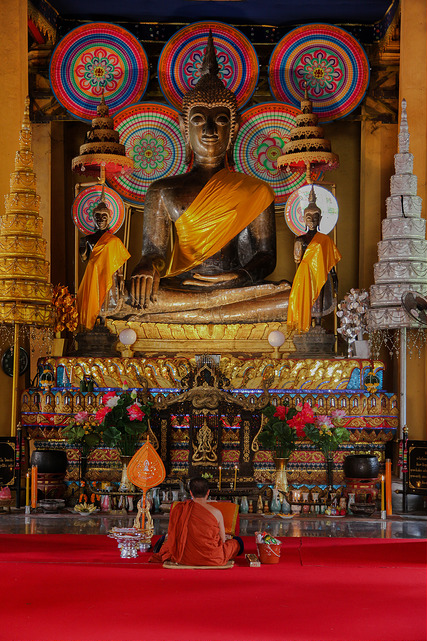 Vientiane is the capital city of Laos.  Compared to other capital cities I’ve been to, it’s very quiet and downright sleepy at times.  It’s a great escape from the hustle and bustle of Bangkok.

1:  The shrine within Wat Ong Teu, one of the many monasteries within Vientiane.  I love the composition and color of this photo. 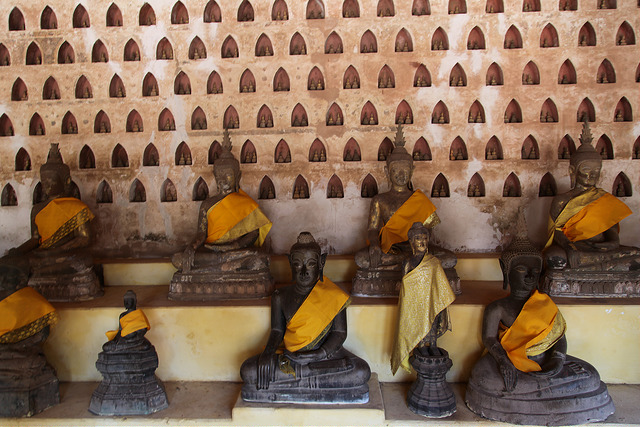 2:  Wat Si Saket houses thousands of Buddha statues of all shapes and sizes. 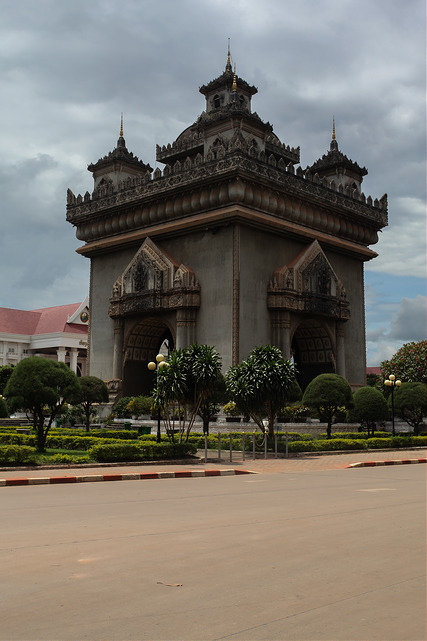 3:  The Patuxai monument was built completed in 1968 and took over 10 years to build.  It commemorates Laotian independence from France, and is still not 100% complete. 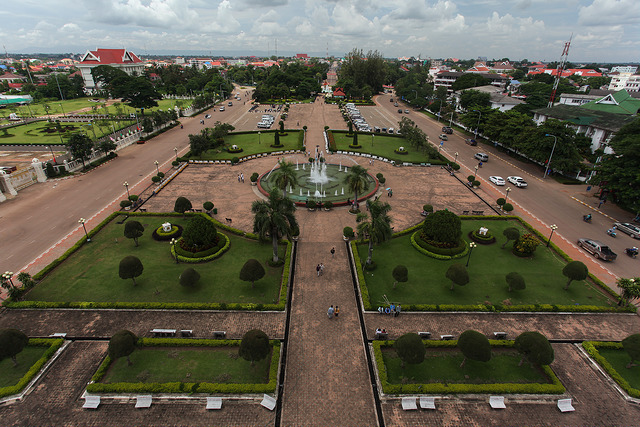 4:  You can go to the top of the monument for great views of the surrounding city. 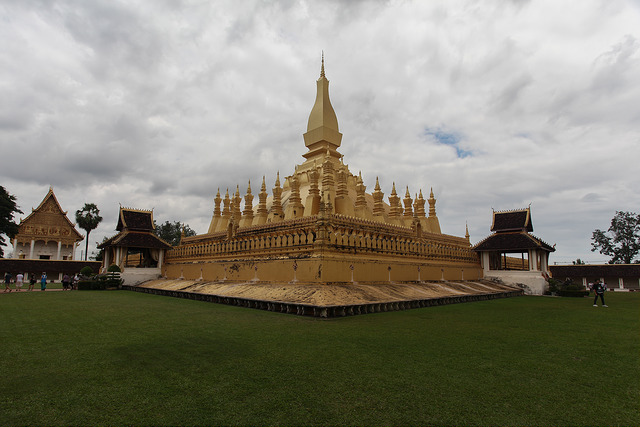 5:  The Pha That Luang stupa is the national symbol of Laos.  Since the 3rd century it has been reconstructed several times, most recently following World War II. 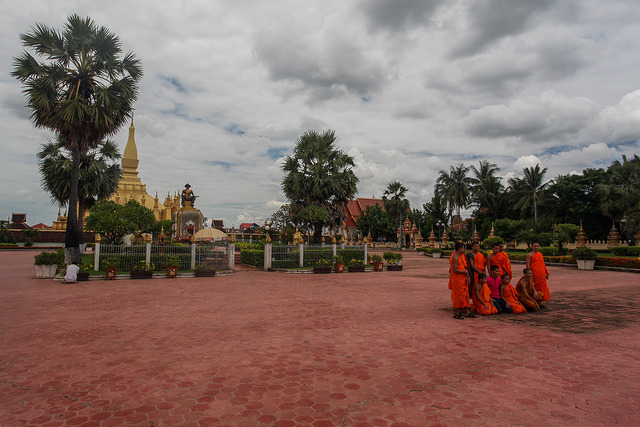 6:  Some monks pose in front of Pha That Luang and the statue of King Setthathrirath, who successfully defended Laos from the Burmese army in the 16th century. 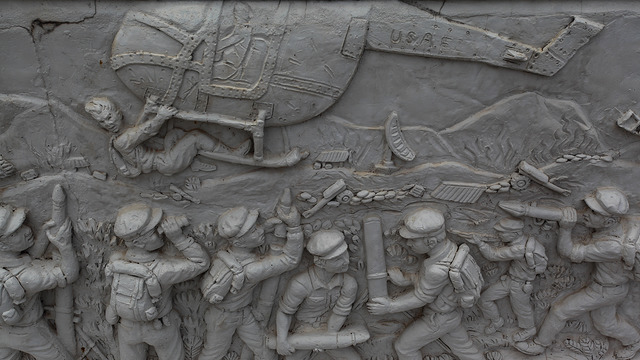 7:  Upon closer inspection of one of the city’s monuments, I noticed this relief of Laotians defending against an American helicopter.  The Ho Chi Minh trail, a supply line which ran through Laos and Cambodia, was subject to frequent bombardment by American forces during the Vietnam War. 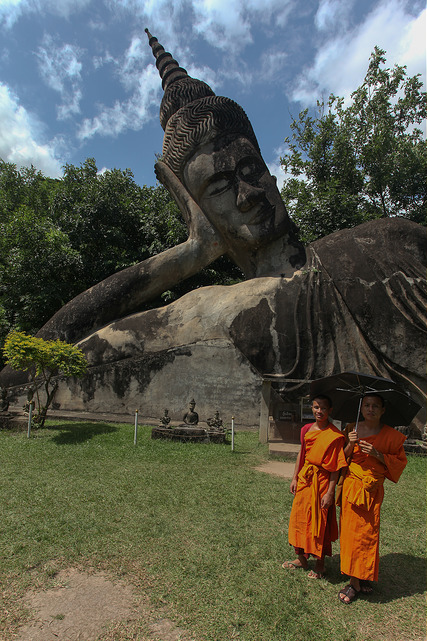 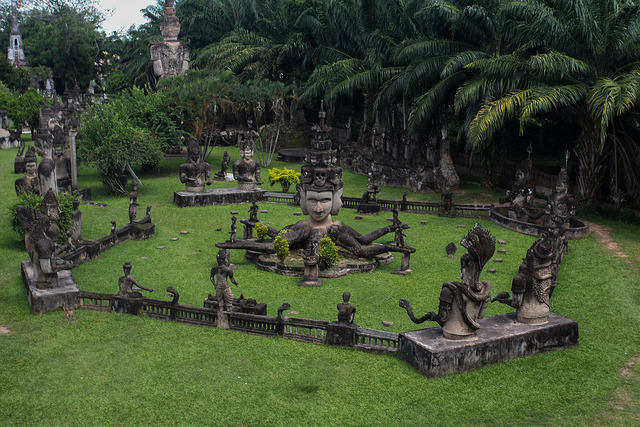 8-9:  Buddha Park, about 25km outside of Vientiane, is home to an eclectic array of statues, including a 40m long reclining Buddha. 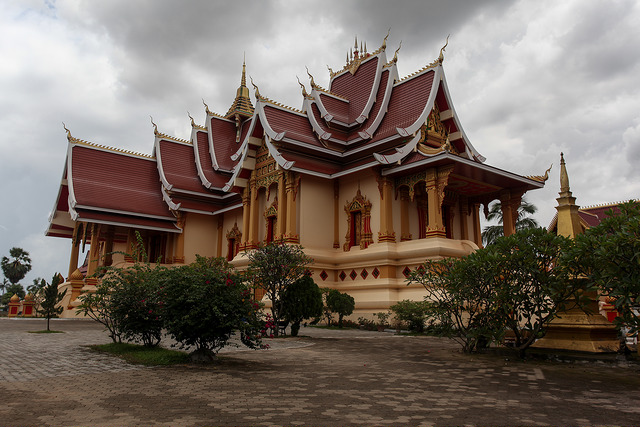