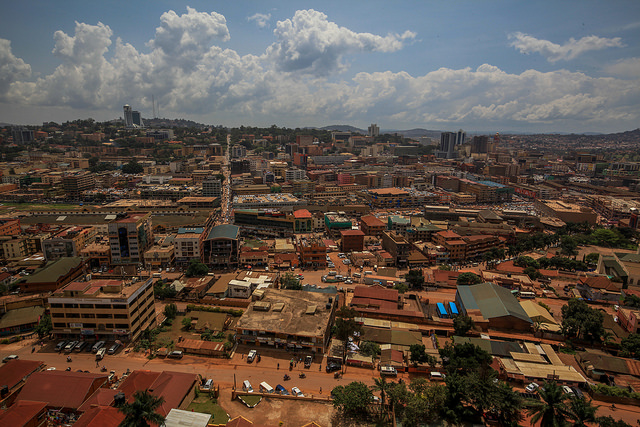 I’ve traveled a lot over the years and have taken many photos.  One of my ideas is to choose 10 photos from each place that I feel encapsulates my trip and what the place is about.

I chose Kampala, Uganda for my first one, which I visited for a few days earlier this year.  In spite of its fairly recent turbulent history, I found the people I interacted with very friendly and eager to talk about their country.  I’d like to go back some day and see the mountain gorillas in their natural habitat.  It’s a great place to visit either way. 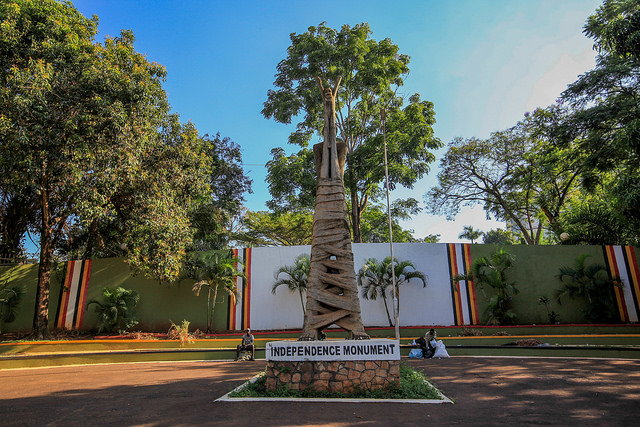 1: This monument symbolizes Ugandan independence from the United Kingdom in 1962.  It features a woman holding up a baby who is reaching for the sky. 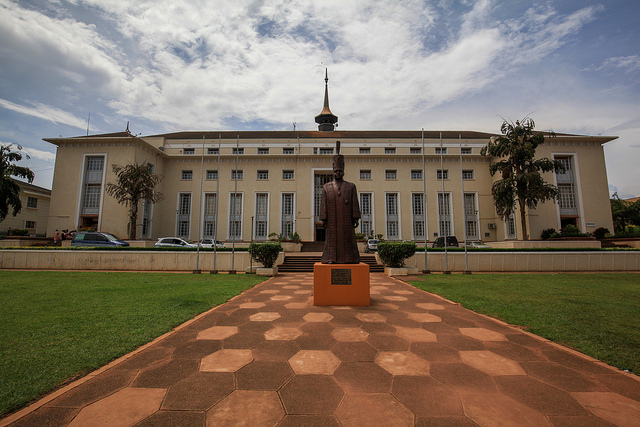 2: Bulange, home of the Ugandan parliament, which also contains offices of the prime minister and king. 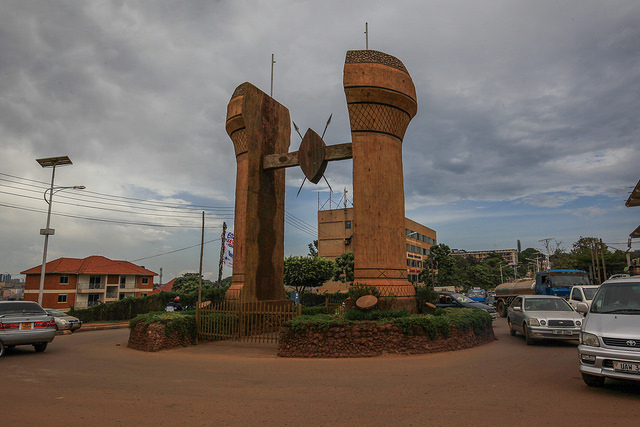 3: This is a roundabout at the middle of the royal mile.  The gate in the middle is only opened for passage of the king. 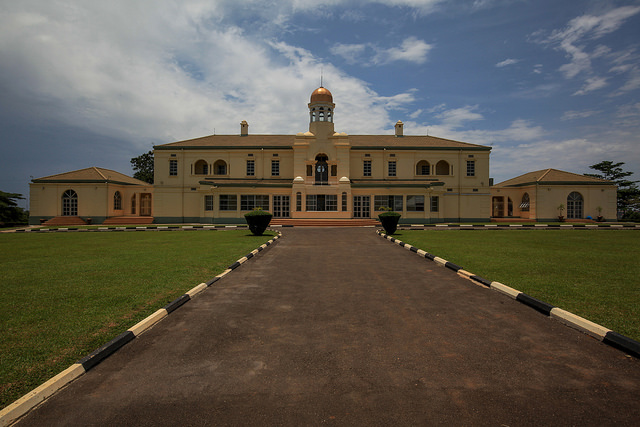 4: At the other end of the royal mile is Mengo Palace, the location of the Battle of Mengo Hill where Idi Amin overthrew the ruler of the Buganda Kingdom in 1966.  It was converted to a barracks has remained empty since then, and only special state functions are held here. A former prison and torture chamber looms near. 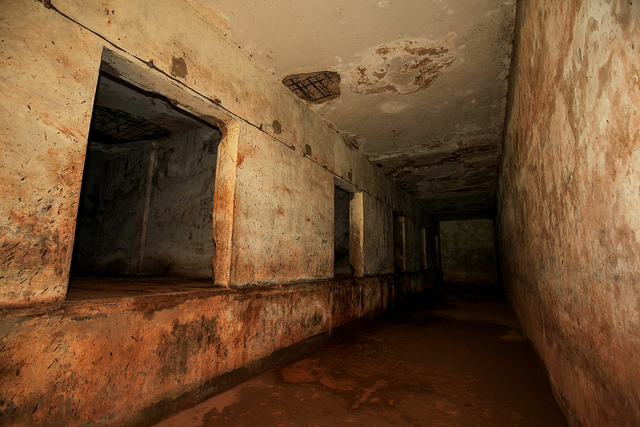 5: Alongside Mengo Palace, a munitions bunker converted to an underground prison and torture chamber used by Idi Amin.  Water at the base of the tunnel was electrified to prevent escape, and a number of charcoal etchings of prisoners can be seen. 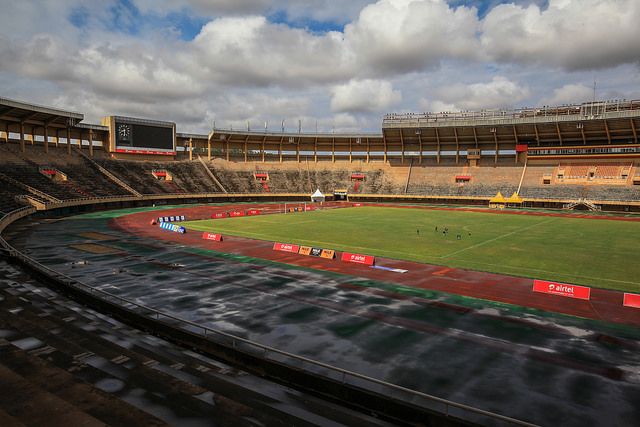 6: Mandela National Stadium, where the national sport of football is played.  I found the stadium to be in an unfortunate state of disrepair, even though it is regularly used. 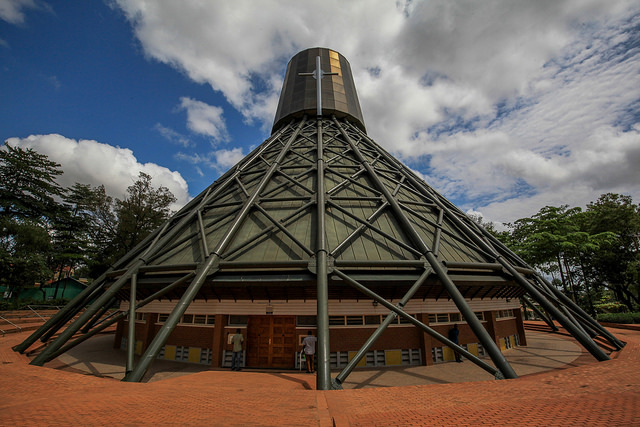 7: Namugongo Martyrs Shrine.  This is a church built to commemorate  the location where 32 Christian worshippers were burned alive in 1886 for refusing to renounce their faith. 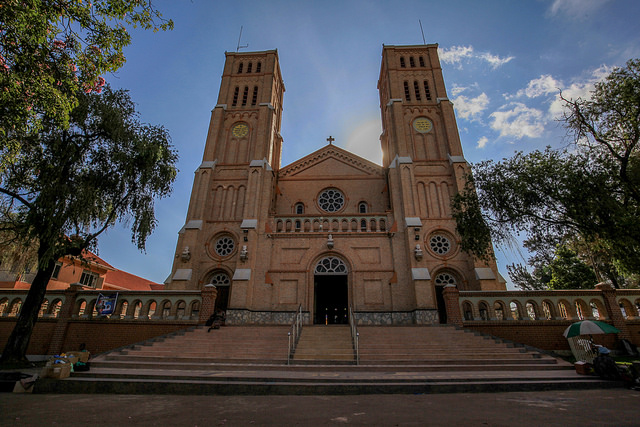 8: Built in 1914, the Rubaga Cathedral demonstrates the importance of the Catholic faith to the people of Uganda. 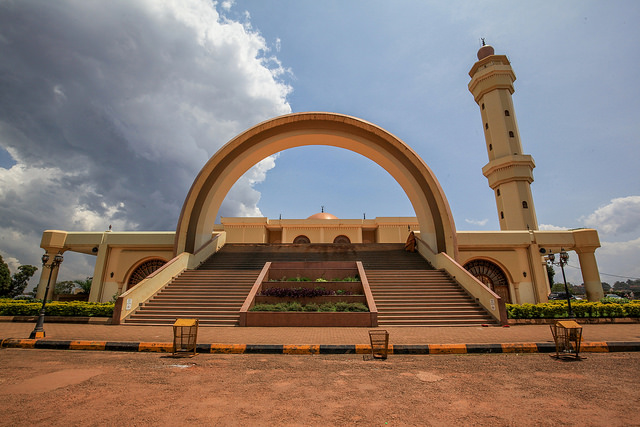 9: The Central Mosque, formerly referred to as the Gadaffi Mosque, was donated to the burgeoning Muslim population of Kampala by Moammar Gadaffi of Libya.

10: As you can see from this Birds eye view from one of the Mosque minarets, Kampala is surrounded by hills and consists of a range of building types, including plenty of shanties.