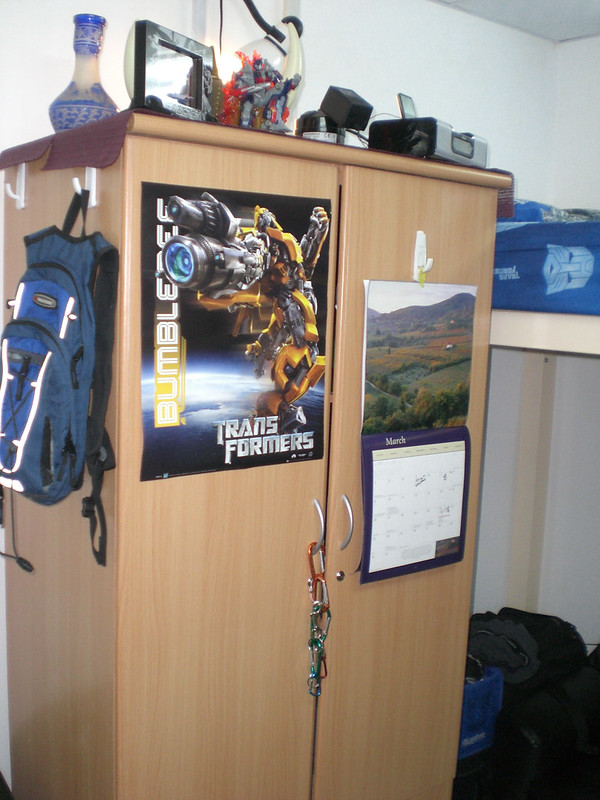 I stumbled across a few photos I took back in 2007-2008 when I lived in the Green Zone in Baghdad, Iraq.    I was on contract at the time, training the Iraqi Ministry of Defense soldiers how to manage an IT network.  For the first half of my deployment, I lived in a shipping container referred to as a Containerized Housing Unit, or CHU (pronounced choo) for short.   Each CHU was separated by a row of sandbags, with absolutely no roof protection.  The sandbags were meant to control the blast radius should one of the CHUs take a direct hit, to minimize collateral damage.    The roof of the CHUs was so thin, we would often come home to discover a fresh bullet hole in the ceiling.  This was particularly true whenever the Iraqis were celebrating and decided to fire their AK-47s into the air.  On the nights where we had some forewarning of this, many of us would sleep at work on cots.

During the time I lived in the CHU, my company was building a villa out on the economy.  I didn’t get any photos of the villa itself, but it was basically a windowless rectangular brick building I referred to as Stalag 13.  I was able to find a few photos of the interior and the yard, which I included in this post.  Over ten years later, who knows what this building is currently used for, or if it even still stands.

I hope you found this post interesting, and thanks for reading!