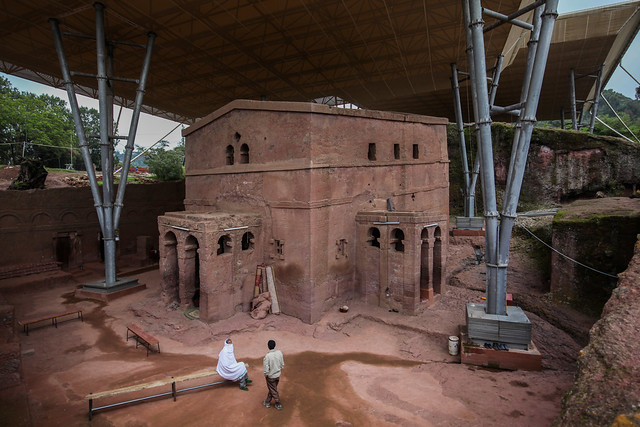 Lalibela is located in Northern Ethiopia, and named for the Ethiopian emperor of the same name, whose rein spanned the 12th and 13th centuries.  Lalibela was the second capital of Ethiopia established after the fall of the Aksumite kingdom in Aksum.  There are a total of 11 rock-hewn churches with in the city accredited to Lalibela’s reign, although their actual origin is a matter of dispute among experts.  These churches have been declared a world heritage site by UNESCO, and many have had preservation measures installed such as canopies.

I arrived in Lalibela by flight in the afternoon, but decided not to waste any time.  I found a guide, who took me to the churches of the northern group.  As a tourist, you pay a fixed fee to visit all of the churches, which is valid for 5 days.  You could easily see all 11 in a full day.